Below are three houseplans with comments to help illustrate living spaces in Dhofar. 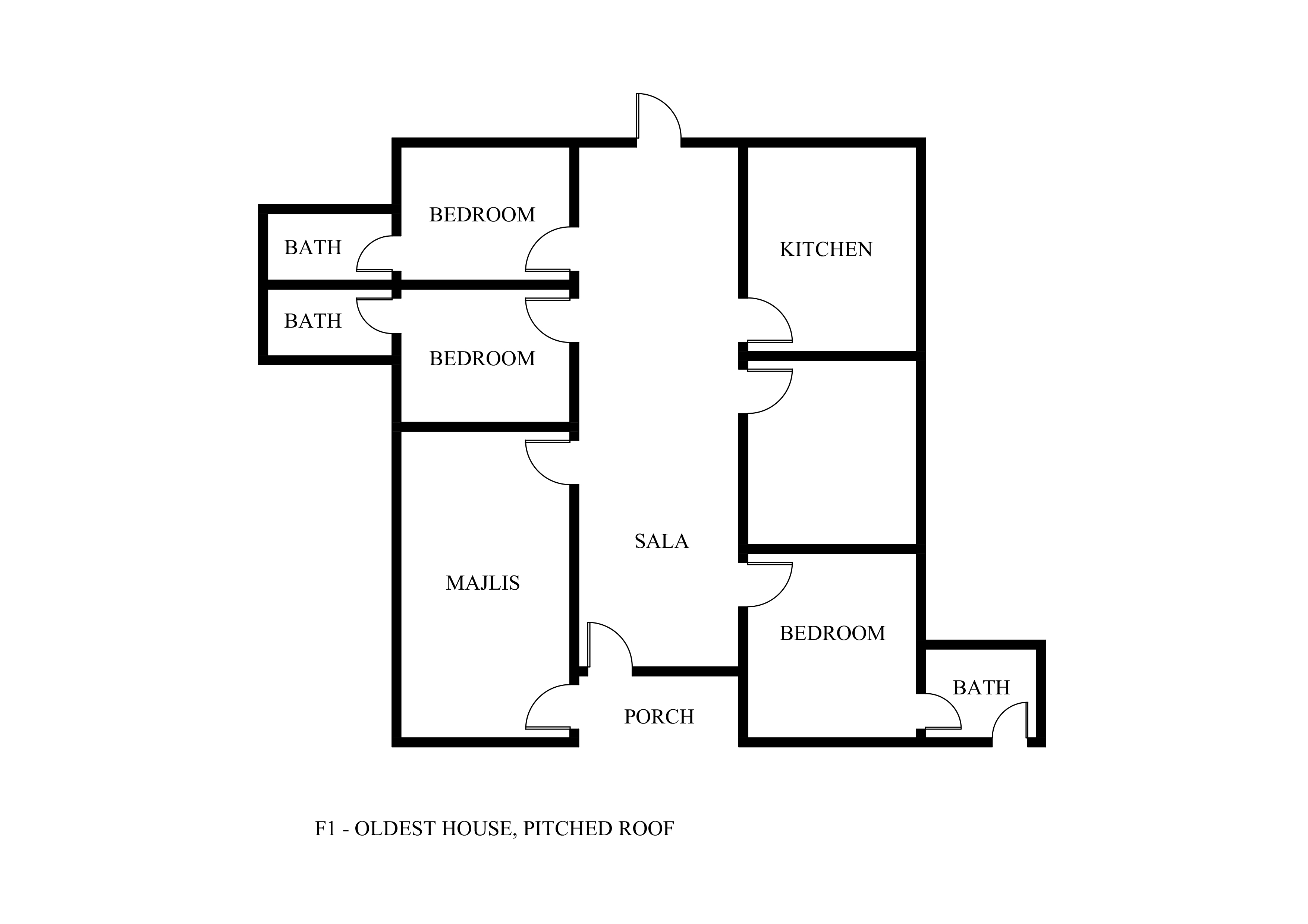 House 1 – It is easy to note that this is an older house, probably built in the 1980s or 90s, as it has the salle as the main, not separate, room. The second (back) door is also built off the salle, not from the kitchen as is usual in more modern houses. The unmarked room would be for storage. Also note that the internal door to the majlis opens directly into the salle; now there is usually a short hallway, or at least the entrance is set at an angle so there are no direct sight lines. 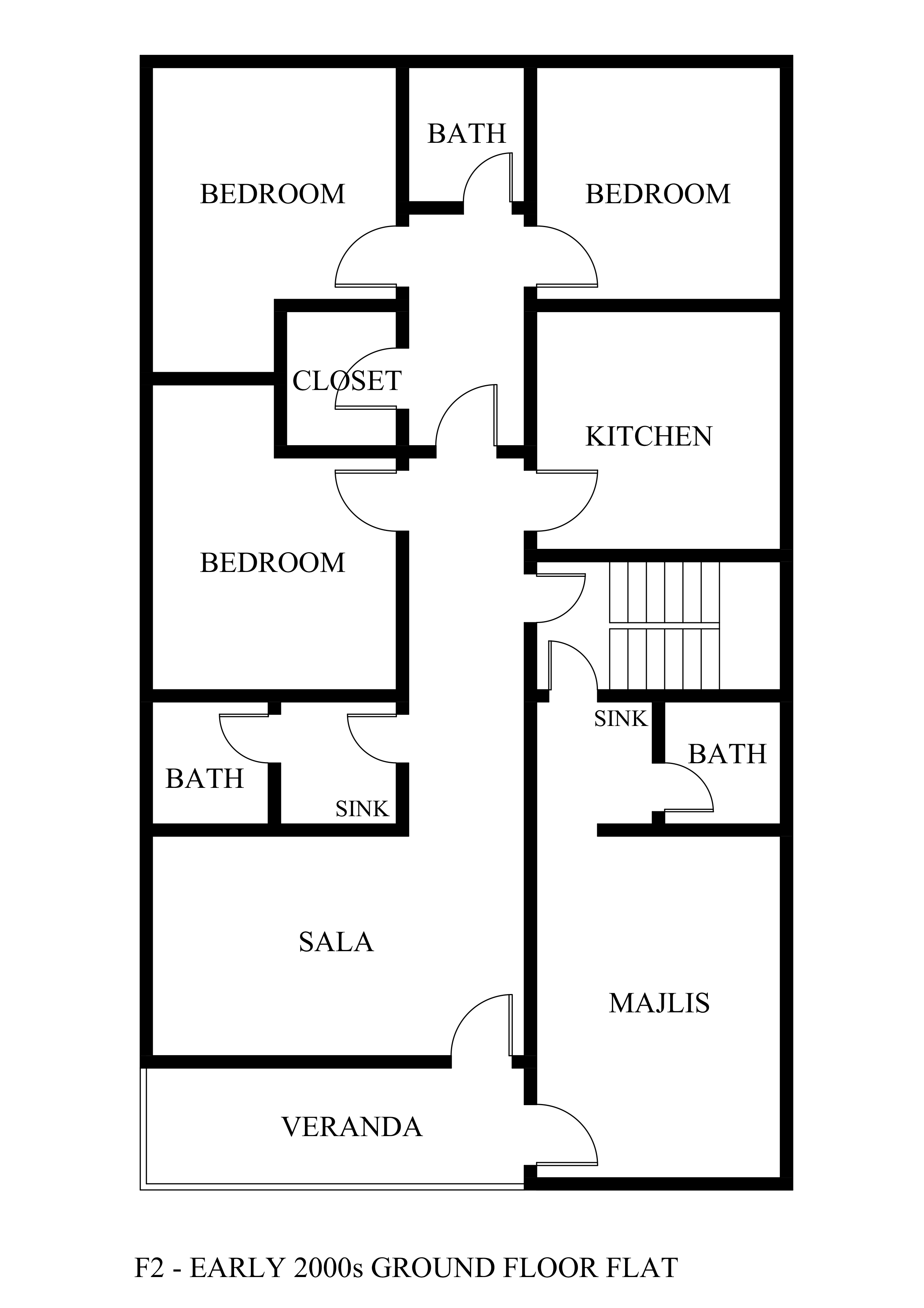 House 2- Note that now the salle is now a separate room and there are two doors between the  majlis and the rest of the interior of the house so that the house feels more segmented. Also there is an internal door in the hallway, to give the two back bedrooms more privacy. 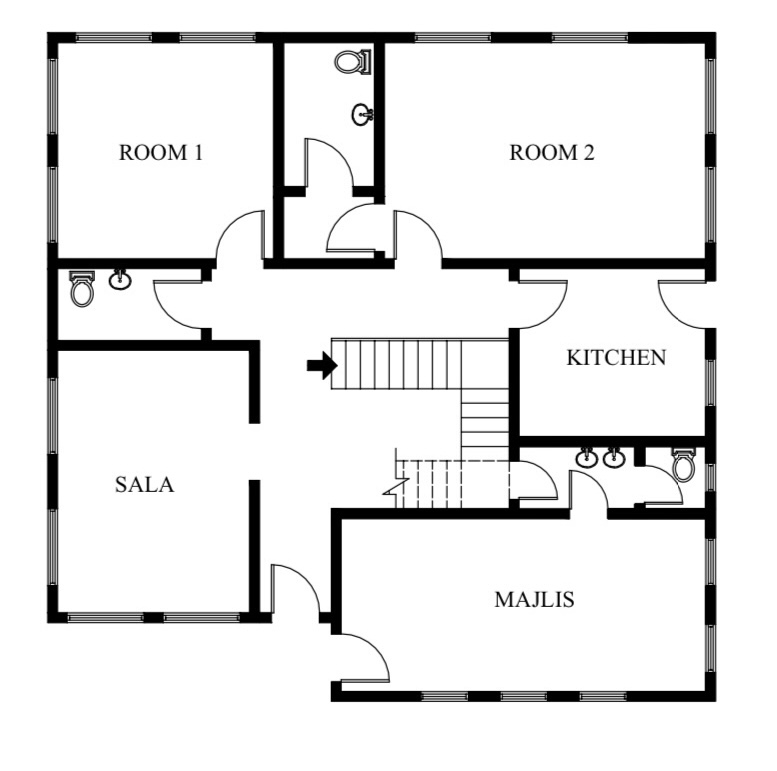 These three examples show how the trend in housing is towards creating more closed off/ divided spaces. In house 1, a person sitting in the salle would have visual access to anyone coming or leaving; in house 2 someone in the salle could see the front door but in house 3 only a person sitting opposite the salle entrance could know who was coming or leaving. Likewise in house 1, someone in the kitchen could hear what was being said in the salle; in house 2, it would be more difficult but one could hear the sounds of people in the hallway. In house 3, the kitchen is very cut off from the rest of the house. In both houses 1 and 2, the majlis is separated from the rest of the house by the bathroom area and two doors.